Last week we went to the beach. The sun and the sand and the water felt like a dream after a long and snowy Colorado winter.

One afternoon I walked with the boys along the water’s edge in that space where the tide rushes in and out, leaving behind a wet and settled path. We came upon a man sitting in a large dug-out pit on the beach. All we could see was his head and shoulders and his bright yellow shirt that was wet and stuck to his skin. Once we came closer we saw he was carving out a large animal in the sand.

Cooper asked him what he was building and the man asked him to guess what it was. Cooper guessed pterodactyl. Cal guessed bird. Crosby guessed octopus. The man said they were all pretty close (though Crosby really wasn’t but the man was kind). He said he was building a pelican and he showed us a pelican photo sealed in a Ziploc bag. He had also drawn measurements in inches and feet around the image in the photo, making clear this was no spontaneous let’s-build-a-sandcastle whim but rather a thoughtful and deliberate plan. His pelican looked more alive than the real pelican in the photo. This intricate three-dimensional sand version reminded me of the thoughtfulness of God’s design.

I asked him how long he had been working because he appeared sunburned and overheated. He said he started early in the morning. As we stood admiring his sculpture I also noticed that the tide was slowly creeping up toward it. I felt a pang of worry and a strange surge of protection over this work that was not even mine. I preemptively felt bad for this poor man who had labored so hard and so intentionally on this creation when I thought about the tide’s certain approach, imagining water filling the pocket and this beautiful pelican falling apart and away with the receding flow.

“Aren’t you worried the water is going to come in?” I asked, wondering why he didn’t start higher up on the beach and away from the ocean.

He looked at me, smiled, and quietly said, “No, I’m not worried. It is sand. It was always supposed to go back to the water. It was never supposed to stay.”

I smiled and nodded and turned to continue our walk down the shore as the boys raced ahead of me.

I don’t know how long the pelican lasted on that beach, whether it made it through the night or through the light rain that came the following afternoon. But I learned that it didn’t really matter. The pelican was always going to be temporary. It was created out of love to be shared but always intended to be returned home.

It made me think of all of the things I hold so tightly, all of the things I am so afraid to lose, and helped me realize I need to learn to hold with open palms instead of a tight grip. Nothing is ever supposed to stay. The tide gives and returns. It is easy to receive and even easier to love and hold.

But the return is harder, sometimes impossibly harder, because it requires a surrender and an awareness that nothing ever is really ours. We are simply the caretakers. 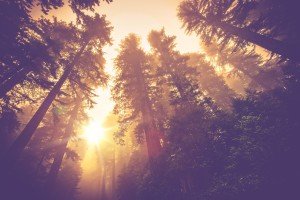 When great trees fall,
rocks on distant hills shudder,
lions hunker down
in tall grasses,
and even elephants
lumber after safety.

When great trees fall
in forests,
small things recoil into silence,
their senses
eroded beyond fear.

Great souls die and
our reality, bound to
them, takes leave of us.
Our souls,
dependent upon their
nurture,
now shrink, wizened.
Our minds, formed
and informed by their
radiance,
fall away.
We are not so much maddened
as reduced to the unutterable ignorance
of dark, cold
caves.

And when great souls die,
after a period peace blooms,
slowly and always
irregularly. Spaces fill
with a kind of
soothing electric vibration.
Our senses, restored, never
to be the same, whisper to us.
They existed. They existed.
We can be. Be and be
better. For they existed.