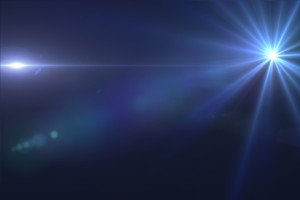 A couple of years ago, I read the biography of Tim Tebow, an NFL football player, former college star, and celebrity well known for his public displays of faith. Tebow’s book resonated with me, but for reasons that have nothing to do with football or even Tebow himself.

What impressed me were Tebow’s parents and how they tried to teach their sons selflessness, kindness, and humility.

One example of how they accomplished this is that they gave their sons a dollar for every time they heard another person complement their good characters.

I love this idea. And I love to see sparks of good character in kids.

Thankfully, I’ve been blessed with a lot of great precedent.

I know several young girls who grew their hair long enough (sometimes for months and even years) just so they could cut it all off and donate it to Locks of Love, a non-profit organization that provides hairpieces to financially disadvantaged children suffering from medical hair loss.

I know a young boy who helped and encouraged a very nervous six-year-old in his first ever swim relay.

My friend’s ten-year-old son discovered The Golden Egg at this year’s Easter Egg Hunt and won a gift basket full of toys, games, and candy. Immediately after being presented with it, he began to hand out items to all of the kids standing around him.

I know an eight-year-old girl who once stood up for another kid at school when everyone else was making fun of his clothes.

I know some young boys who go out of their ways to be kind to my toddlers. They take a genuine interest in whatever it is they are doing at the moment. It impresses them that someone notices them. It impresses me more.

I know several young kids who volunteer at soup kitchens and homeless shelters.

I know a young girl who held a bake sale to raise money for an animal rescue organization.

I know a nine-year-old boy who decided to donate all of his birthday gifts to Children’s Hospital.

I know kids who place flags on gravestones on Memorial Day.

Just this past weekend, a friend’s young daughter carried fruit snacks in her pocket all morning, hoping she would see my kids. A few hours later, this young girl’s older brother stopped a basketball game just to run over and invite my son to play on his team.

Every year our family forms a team at a race to support ovarian cancer research and awareness. And every year, many young kids join us to walk or run this race in honor of my mom and other survivors. It’s not just our friends that show up, their kids do too.

I knew a fifth grader who went out of his way to make my kindergartner feel important this year at school, and in doing so made him feel a little less scared.

It is by good fortune and good friendship that I know these and so many other examples of kids showing good character.

The best part is these great kids are doing these great things without prompt, without instruction, and without recognition. They are acting out of the goodness in their hearts and with the kindness, selflessness, and humility that has been passed down to them by their great parents.

Yes, we need to strive for and hone good character in our own kids. We need to emphasize it, teach the big lessons, and demonstrate by example.

But–and this is the nugget–we also need to rally around other kids too, and in the parents who have planted those important seeds.

We don’t spend enough time thinking or talking about good character. And we should.

Not only because it’s a great thing to see, but also because it pushes this world in the right direction. And these little sparks are the kind of moments that assure a doubting parent that his or her best is well beyond good enough.

My six-year-old son is on a swim team. He practices early every morning and works really hard. It’s exciting to see him succeed and improve his times.

At last week’s swim meet, after one of his races, we stood at the end of the pool, bent over at him in the water shouting our attaboys. But he didn’t even acknowledge us. Instead, he immediately climbed out of the pool and sought out his friend who swam the same race. He went right up to him and said quietly, “Good job.”

It was quiet enough that no one really heard it. In fact, I’m not even sure his friend heard it. But those two words rang loud and clear to me.

In that moment, I forgot all about his swimming performance. I forgot whether it was first place or last place and whether his time was faster or slower than last week’s time.

And that little spark is priceless to me.