Those were the salad days, the halcyon years! The sleepless nights, the wailing babies; the days the interior of the house had been hit by a hurricane; the times I had five kids, a chimpanzee, and a wife in bed with fever. Even when the fourth glass of milk got spilled in a single night, or the shrill screeching threatened to split my skull, or when I was bailing out some son or other…from a minor predicament at the police station, they were good years, grand years. But it all zipped by. One minute Marlena and I were in it up to our eyeballs, and the next thing we knew the kids were borrowing the car and fleeing the coop for college.

From Water for Elephants by Sara Gruen. 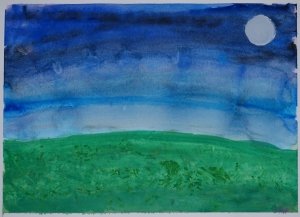