I think, at a child’s birth, if a mother could ask a fairy godmother to endow it with the most useful gift, that gift would be curiosity.
–Eleanor Roosevelt 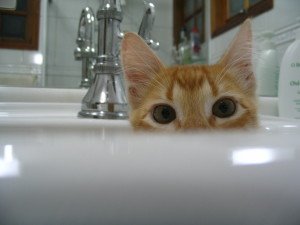 Cal told me that he was filled with curiosity.

And I just about fell over.

I was so impressed! I couldn’t believe he knew the word “curiosity,” much less that he was “filled” with anything other than candy, mac n cheese, or complaints about how something isn’t fair. Are you kidding me? What a genius! Are we on the fast track to Harvard? What four-year old says he is filled with curiosity?

Apparently four-year olds who watch the movie The Croods.

The Croods follows a prehistoric family that loses its cave to an earthquake and must conquer fears of the unknown and outside world in search of a new home. 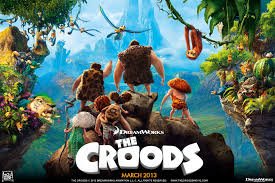 Grug: Tonight, we’ll hear the story of Crispy Bear. A long time ago, this little bear was alive. She was alive, because she listened to her father, so she was happy. But Crispy had one terrible problem, she was filled with…curiosity! [everyone gasps] Yes! And one day, she saw something new and died!
Thunk: Just like that?
Grug: Yes!
Gran: Same ending as everyday.
Thunk: I get it, Dad. I will never do anything new or different.
Grug: Good man, Thunk.

Cal told me he was filled with curiosity. And then he told me it was bad.

Spent the day trying to reverse the message and demonstrate that curiosity is, in fact, a very good thing. (Within reason, of course, but that message will come in a few years.)

But how to explain in four year old (just one step above caveman) speak? Not so easy.

I told him about Curiosity, the robot rover on MARS, sent to explore a planet far away, so far away it took over 250 days to travel there. Curiosity the Robot roams around the planet, trying to learn about the land and the sky and whether some day humans could visit there.

Curiosity is trying something new. 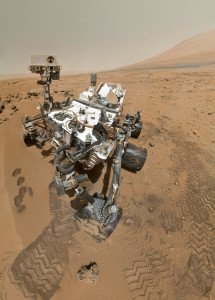 And for all of you who think I do this kind of gold star mommying all day, rest assured that we (as in he) also tried to find Curiosity in various Nickelodeon Jr. shows. Curiosity is hard work. For everyone.

Funny thing about helping someone to find Curiosity, is that you start to look for it on your own.

Curious to see if my life long aversion to beets had changed, I tried a beet salad and, curiously, I liked it. Curious to see if my post-three-baby body could sustain an eight-minute pace for a few miles, I ran, and found out that it could. After years of listening only to Top 40 music, I added a Chicago station to my Pandora shuffle and found the break from Pit Bull welcoming and a little easier on the ears.

For children (and NASA astronauts and robots), Curiosity may be found in the brand new, in exploring uncharted territory and the unknown.

But for the rest of us, Curiosity might be found in revisiting the old. Trying something again. Maybe not for the first time ever, but for the first time in a long time. Hitting the refresh button. Paying attention to all of those customs we’ve grown so accustomed to that it’s hard to know if the interest is still there. Stepping out of the worn-in, tried and true grooves. New, but negligible, beginnings.

And the best part is that we don’t even have to leave home.

Turns out Curiosity is quite fulfilling. And good.