Earlier this week I accompanied/chauffeured/chaperoned a preschool field trip to the Audubon Center.

I learned what the Audubon Center is about 5 minutes before we left. (A place intended to protect and preserve bird life.) 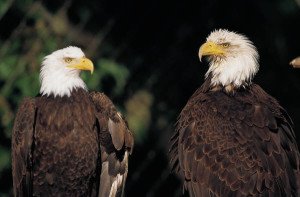 I also learned the following:

1. ALL (not just mine, thank God) four year olds think it is hilarious to use the words “poop,” “stink,” “butt” and “turd” in conjunction with other words (i.e. “stinkhead,” “poopface,” “turdtree”).

2. My own four year old somehow picked up the word “butler” and uses it at an alarming frequency. I feel no need to correct this, however, because although he thinks he is talking about his buttock, he is actually talking about a manservant.

3. Contrary to popular belief, owls do not turn their heads 360 degrees. Only about 270 degrees.

5. Auduboners have a lot of keys on their belts.

6. Owls eat entire animals and then regurgitate the bones and skulls of said animals.

7. When you go to the Audubon Center, you have the chance to dissect owl pellets (i.e. their turds) and find these skulls and bones inside the rest of their barf bits. This activity is enthralling, exciting, and, apparently, not the least bit disturbing, to parents and children alike. And you can take home these skulls and bones in a Ziploc bag when you are finished.

8. “Nature walks to find animals” at the Audubon Center consist mainly of inspecting various piles of poop and guessing at the makers of said poop.

10. When stopped aside a pond the size of my family room and asked what animal likely lives under the water but sometimes comes up to sit on a rock in the middle of the pond, four year olds believe said animal is likely a dolphin or a seahorse (truth: it was a frog.)

11. Ants are much more loveable when spotted on a nature walk, as compared to my kitchen floor.

12. Telling four year olds not to run is like telling an owl not to barf.

My biggest takeaway? A new appreciation for four year olds.

I sure could use some of their imagination and grander than grand thoughts. It’s so easy and familiar to assume the worst or prepare for the bad, for the loss, for the worse outcome. Wouldn’t it be refreshing to err on the side of seahorses and elephants instead?

I was struck by their complete lack of disappointment in the so-called ordinary and mundane. In fact, they demonstrated as much excitement for a red ant as for the potential of a rhino. And the beaver dam was fascinating, despite the absence of a beaver.

And I move too fast. Through my days, through my to-dos, through my relationships. I need to stop and smell the roses (or even the poop) a little more often.