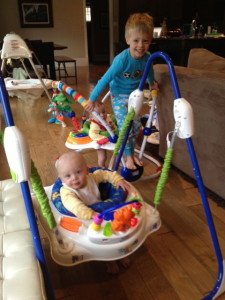 Welcome to the Jungle

But we sure do love our games and never shy away from a little friendly competition. 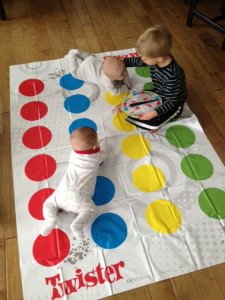 This year, Cal picked his own bracket for the NCAA tournament. 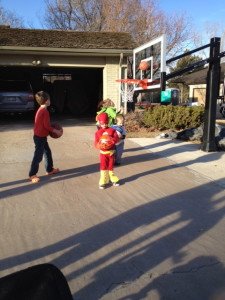 Even Flash makes time for basketball

Well at least he STARTED to pick his own bracket.

We began with picking by mascot preference. But we ran into problems almost immediately. You’d think it’s as easy as: “What do you like better, a bear or a wolf?” But it’s not.

So we tried choosing teams based on color of uniforms. Which was easy, of course, provided that one of the options was blue. But, for example, when he had to choose between the Georgetown Hoyas (grey uniforms) and the San Diego State Aztecs (black uniforms), we quickly lost interest.

Me: Cal, what do you like better, grey or black?

Last attempt at bracketology was the flip of a coin. Which could have been great fun (and perhaps even a profitable strategy), except that he lost interest in this “great fun” within about 45 seconds.

So Cal left and went back to watch Toy Story and we flipped his coins for him.

His pick for the overall winner? Kansas State. A team that lost in the first round to LaSalle. Poor LaCal.

Must have been the purple uniforms.

If only Cal could choose his own teams. 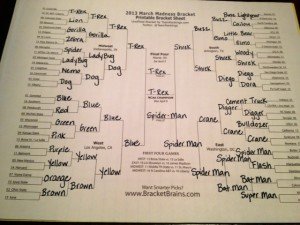 The NCAA Tournament (according to Cal)

T-Rex v. Spidey? Only in his dreams. 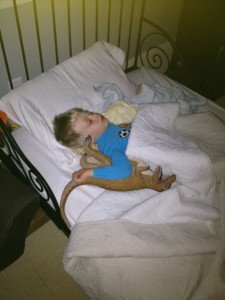 Although I sure would like to see Buzz Lightyear send Cailou to Infinity and Beyond. For good.