Four Months has been treating the boys well. 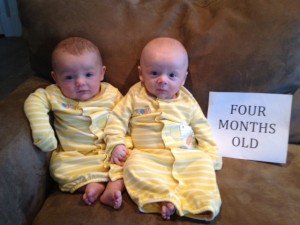 Don’t Mess with a Four Month Old in a Dress!

The biggest news since my last post is that the boys slept through the night!! Yes, The Crying Game is over and we have a winner (but, in truth, Ted and I are the real winners). The boys made it eight hours on December 31. And for all of my loving (but naysayer) friends (and husband) who didn’t believe we’d see the day until well into the Spring, I am incredibly proud of our boys for giving us this milestone in 2012 (on, literally, the eleventh hour (as in 11 o’clock) of the last day of 2012).

Who cares if we slipped a little whiskey into their midnight bottles? It was, after all, New Years Eve. 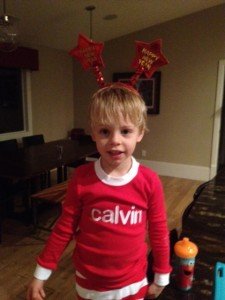 Should old acquaintance be forgot…

Kidding about the whiskey. But we were getting to the point that such measures wouldn’t have been outside the realm of possibility. You name a trick, we tried it. And our bag was about empty. But Cat Nappin’ Cros gave us a break and a late Christmas gift to ring in the New Year.

Of course, as you’d expect, this breakthrough did not turn into the trend I’d hoped it would. Cros (CROS!) still wakes up around 3 or 4 am most days. But now that I know he has it in him…let’s just say my sprint to their room has turned into more of a saunter. 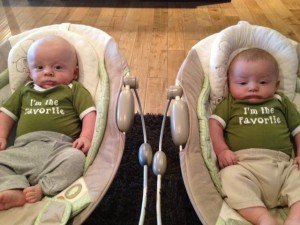 Cal tried out bowling for the first time at a friend’s birthday party last week.  While he loved the thirty second experience of throwing the ball down the lane and watching the pins crash down, he did not love the waiting around for 20 minutes until his next turn (“turn” being the operative word…also a struggle). THANK GOD the kids had the scary bowling ball retriever air vacuum tunnel machine thing to keep them busy while they waited. Yikes.  Let’s just say that 15 three year olds + 2 lanes of bowling + ONLY ONE RED SPIDER MAN BOWLING BALL (!!!!!!) is not a formula for success. 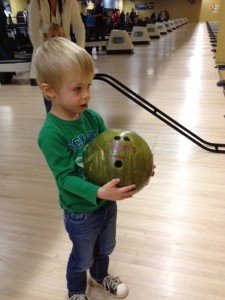 Going for a Turkey. Ramps are for suckers.

Meanwhile, at home, the babies sported another set of funny onesies. 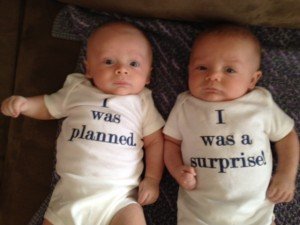 Have fun while it lasts, Mom. Or at least until we can read.

It’s Western month at Cal’s school and the Rodeo Queens visited this week. When I went to pick him up, I found these in his cubby: 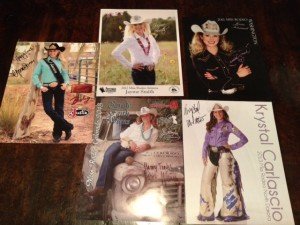 I thought I had at least 10 years before I had to worry about the girlie posters.

But I guess that’s what you get with three boys. Girlie posters, stinky sports equipment and non-stop wrestling fights.

Cheers to the toilet seats never coming down again. 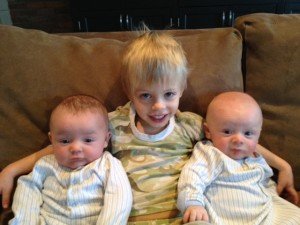 We are all still mourning the Broncos’ loss last weekend. Some of us, perhaps, more than others. (Ted.) 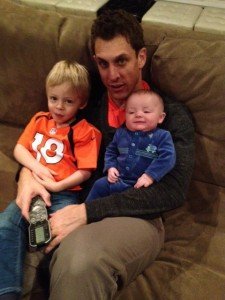 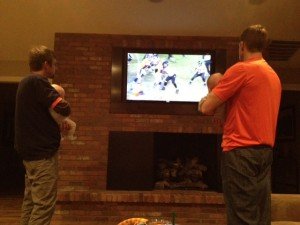 Too bad Broncos, so sad Us. At least we’ll always have December.

And the upside is that now we have more time for more funny onesie pictures. 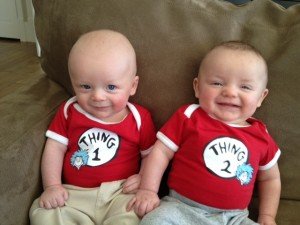 Laugh with us, not at us.