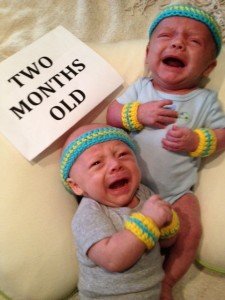 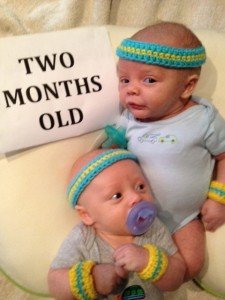 They are 8+ pounds and growing every day. We are still trying to figure out personalities. Crosby seems fairly sour all of the time but pretty mellow. And Cooper seems content and a tad bit happier overall, but when he is not, it’s zero to 60 in about five seconds flat and he goes through the roof.  Definitely inherited a little bit of my drama.

We are slowly but surely working our way toward restful nights. Just last week they started to sleep at night (at the same time, which is all that matters from our perspective). One still wakes up every 3 hours or so to eat (and his brother then eats at the same time, whether or not he’s awake). But they’ve managed to learn to go back to sleep after eating, which is a HUGE accomplishment. And at this point, we will take anything we can get. Every weekend we designate an MVP. Coop was in a solid lead until yesterday evening when, for whatever reason, he lost his bananas.

Probably because the TV has been out for 5 days: 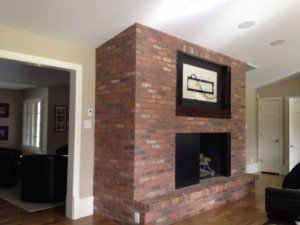 We are all so sad. Devastated may even be the word for it.

I had hoped that that this unexpected event would spark meaningful conversation and more family quality time (picture board games, cards, arts and crafts).

Instead we have all relocated to the bedroom. Including the dog.

Although it’s not a total loss, as Cal has brought some arts and crafts with him: 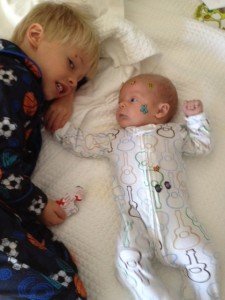 Welcome to the rest of your lives, little brothers.

But I must say that Cal has his sweet moments: 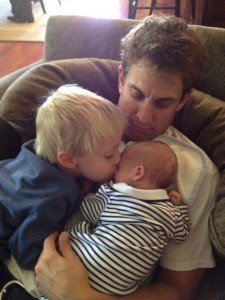 And he was ever the watchful spider of his baby spiders on Halloween. He even allotted one piece of candy for each of the boys from his trick or treating loot. 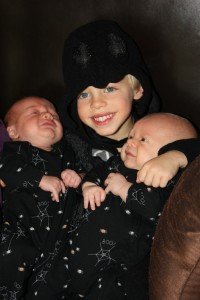 I’m also happy to report that we are venturing out as a family of 5. Although the prep time generally eclipses the outing time, it’s nice to explore geography beyond the family room and kitchen. The babies are taking in the new scenery and the rest of us are taking everything else in stride.